Some sites want to do this because they’ve purchased links, a violation of Google’s policies, and may suffer a penalty if they can’t get the links removed. Other sites may want to remove links gained from participating in bad link networks or for other reasons. The disavow links tool launched in October 2012, and more about it can be found in our coverage below.

What Is The Google Disavow Tool?

Essentially all the Google Disavow tool does is it allows you to upload a list of links and tell Google to ignore them when it is ranking your site. 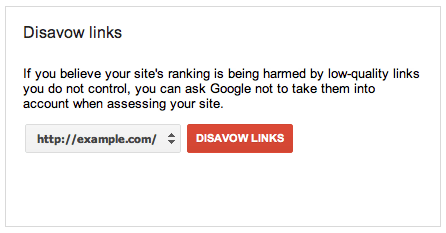 Here is the official explanation-

“If you believe your site’s ranking is being harmed by low-quality links you do not control, you can ask Google not to take them into account when assessing your site.”

If you read that and think that is the holy grail solution to fix all of your current ranking issues – stop right now and think about this properly.

First of all the only reason we need to disavow links is solve a problem that Google created.

Historically Google just used to ignore what the algorithm considered to be a low quality link. In fact in 2009 Google even went as far to say not to worry about low quality links.

Since then they have changed their mind on low quality links and instead of ignoring them like they used to, they now use them as negative votes against a sites ranking.

This shift in the algorithm is what has allowed negative SEO to be so successful and easy to do.

Negative SEO has caused Google a huge problem as they gave SEO’s the ability to destroy competitors businesses.

In less than 10 minutes and a few clicks of a mouse an experienced SEO can cause lasting wide reaching damage to practically any site they choose.

This is what led Google to create the Disavow tool.

Why It Is Bad For SEO

This is nothing more than a bulk snitching tool dressed up as a solution to a problem it doesn’t actually solve.

Google will be using the data it collects from this tool to clean up the web, disavow links and hand out penalties left, right & centre.

The problem is there are so many SEO’s that don’t really know what they are doing. They are not really sure what is wrong or why they have being penalised.

It’s these kind of webmasters that will flock to the Google Disavow tool in the thousands reporting every link they ever bought or built to Google even when it’s not a low quality link.

It could be they are facing an onsite penalty such as Panda or the recent low quality EMD update – but they actually end up reporting a bunch of links that are actually helping them.

Google will suddenly have huge volumes of data on what real people consider to be low quality links – it would be naive to think they wouldn’t take action with that amount of data in hand.

Let’s say you used a link building service that delivered great results – you diversified the anchor text well and saw positive movement in the SERPS, fantastic.

Another customer of that service did the same thing but didn’t diversify anchor text correctly and then got a Penguin based penalty.

That customer will then go and report all of the links they got from the service provider as low quality links and to ignore them.

It’s also likely that they would report links they have built/ordered from other services during that period as well in an attempt to undo the damage putting even more webmasters at risk.

Does It Solve The Problem?

But does it actually solve the problem?

No is the answer

Legitimate websites owners now have the added responsibility of monitoring and cleaning up their link profile – something that used to be done at the algorithm level.

The Disavow tool won’t protect people against penalties – most webmasters don’t anticipate a penalty and are only aware of problems when they are penalised.

By that point it’s too late, the site has already tanked out of the rankings and the damage is done.

You then have to spend the next few months cleaning things up, often due to no fault of your own.

So does the tool protect against negative SEO attacks? Not even a little bit – all it does is help in cleaning up the aftermath of an attack.

The New Age of Negative SEO

What happens if a site gets multiple reports against it via the Disavow tool? Does Google downgrade that sites authority? What’s stopping me from logging multiple complaints against the same site?

It wouldn’t be that difficult to do.

You could use trackback spam to get your link onto the competitor’s site and then report it as a low quality link.

Do that 100 times with 100 different webmaster tool accounts & sites and you’re laughing! Heck I could even automate the entire process end to end with a series of web 2.0 sites, Scrapebox and Webmaster Tools accounts.

Not that the Disavow tool even protects against the initial attack anyway, you can still take a site out with negative SEO just as easily now as you could before.

Now we just have another tool in the negative SEO arsenal, thanks Google!

Other Search Engines you can submit too.

Let us prove how we can improve your online marketing results 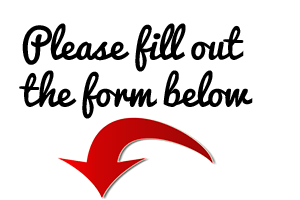 Request a call — we can help you with your situation!